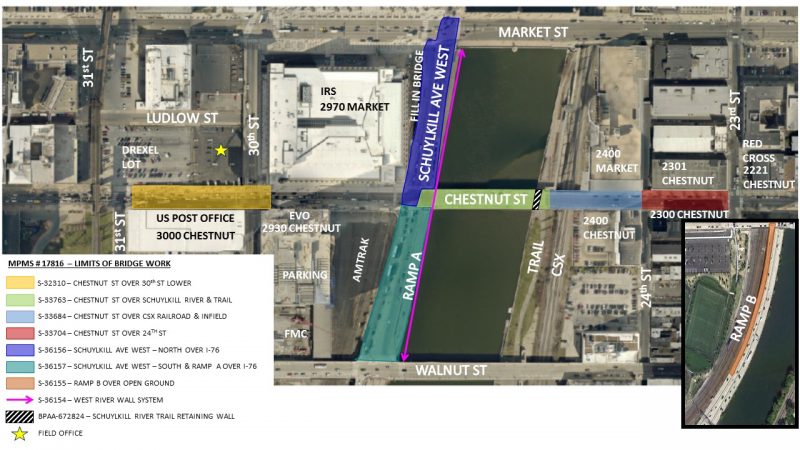 PennDOT is rehabilitating, repairing, and repainting the steel superstructure of the Chestnut Street (Route 3) bridge over the Schuylkill River; replacing the deck of the river bridge and the adjacent Chestnut Street bridges over 30th Street and Amtrak, the CSX rail lines, and 24th Street;  and resurfacing Chestnut Street between 31st Street and 22nd Street.

Bridges on Chestnut Street and Schuylkill Avenue will be under construction concurrently but will remain open for most of the project. However, the Chestnut Street bridge over the Schuylkill River closed in mid-2019 for rehabilitation and deck replacement. It is expected to reopen in late 2020. There will be various travel lane and sidewalk restrictions in place during the three stages of construction that will require shifts in the lane and sidewalk configurations. I-76 also may close in the vicinity of the project area at night at times.

The on- and off-ramps will be restricted to single lanes during construction. There will be nighttime and weekend full closures of the ramps during certain construction operations. Go here for more details about the impacts of construction. 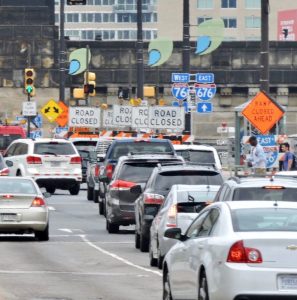 Local access will be maintained up to and through the construction zone.